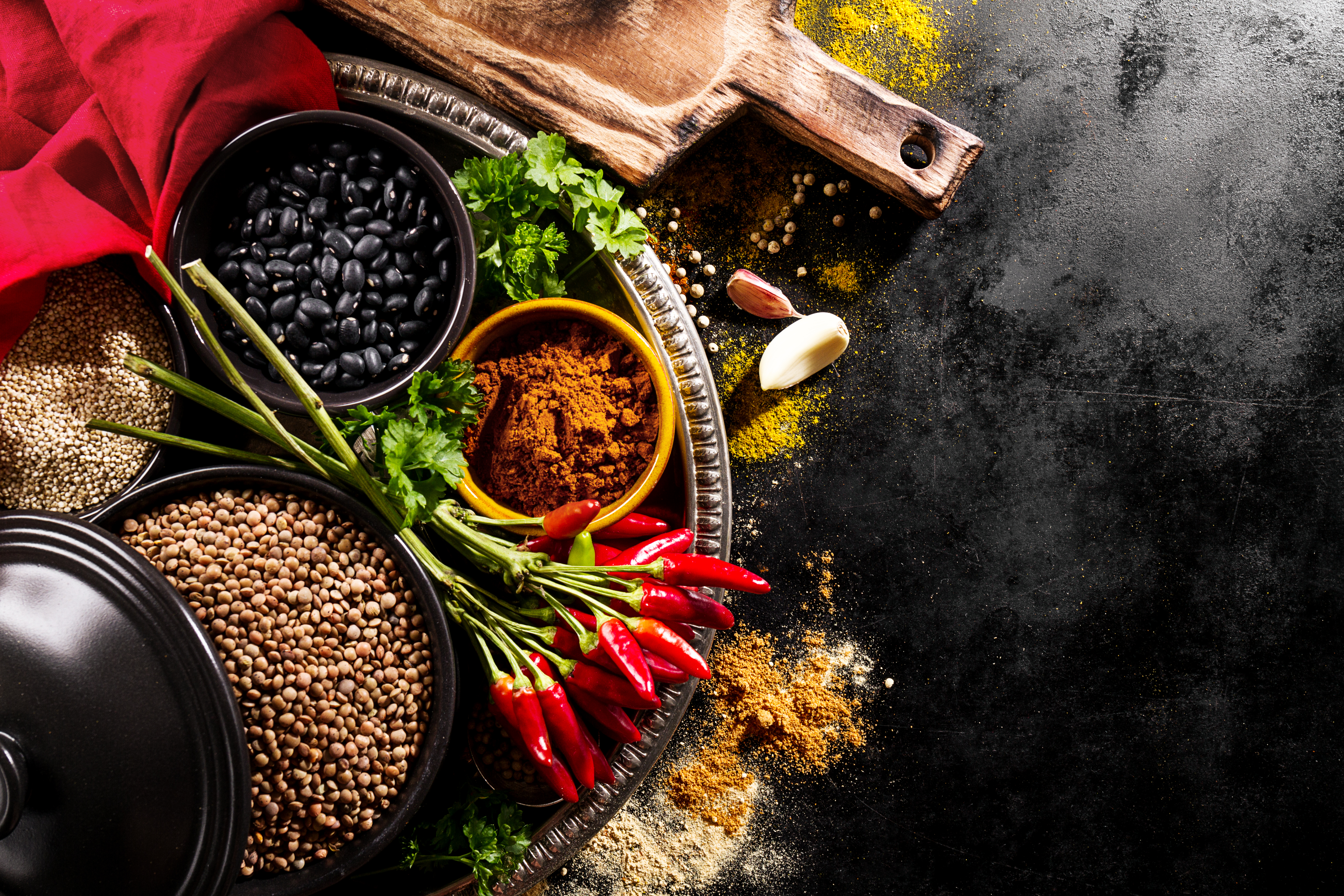 Indian food? In the past, I thought that it was not delicious, but one time my friend invited me to eat it in the restaurant, so I opened my mind and taste it. OH yes…. so yummy after that I tried many places in Thailand and another country. Today, I want to share amazing Indian food. Let’s go……. 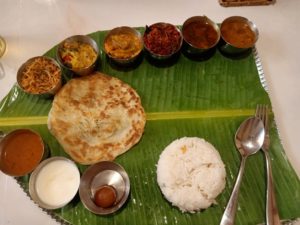 This is amazing Indian food It is called South Indian Thali, South Indian thali (plate) is mostly served on Banana leaf. Here is a sample image of the meal. Many people love Thali for a simple reason that you get to try so many things on one plate. This plate I tried in Vietnam restaurant the name was Banana Leaf. 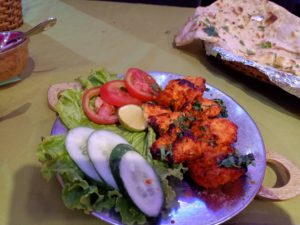 Chicken tikka is one of my favorite and popular dishes in India because the delicious Chicken Tikka uses small boneless chicken baked using skewers on a brazier after marinating in Indian spices and yogurt pieces. chicken tikka little bit salty you can have it with lemon. I tired at Ganesh fine Indian cuisine, Vietnam 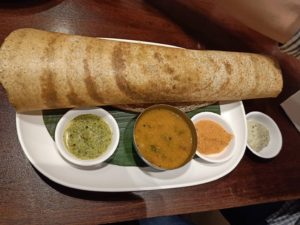 Masala Dosa is a signature dish of South India that normally eat-in breakfast but can eat any time. Masala Dosa is perfect teats Between crispy dosa and a tasty potato masala It has a slightly tangy taste due to the fermentation, and is savory rather than sweet. I tried at Ai-Hussain Restaurant in Thailand. 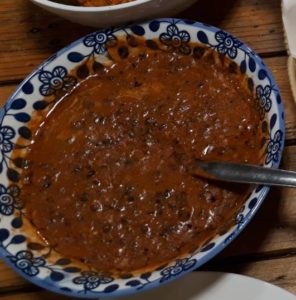 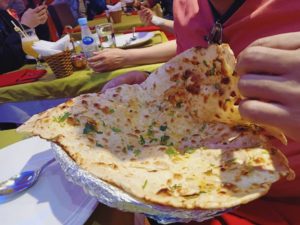 Garlic naan bread is so soft and perfect for mopping up curries. naan (leavened Indian flatbread) is cooked in a tandoor or earthen oven. The ingredient list includes yeast, flour, sugar, and water, as well as yogurt and ghee.

For those of you who haven’t tried Indian food yet, we recommend trying chicken tikka first because it’s easy to eat. Can be eaten with rice. If you have some menu in mind, you can share it with us. Thank you