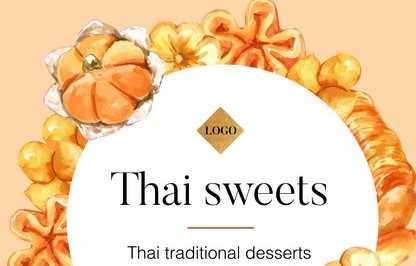 Thai desserts have been a cultural heritage since the past, along with Thai people for a long time. We can see that when there are various important events, Thai people tend to make these desserts, all of which have auspicious names. 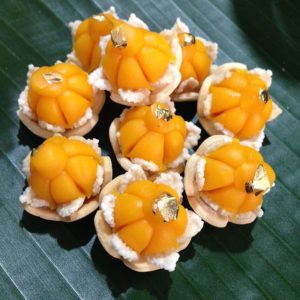 Thai desserts with a rather complicated process. Commonly used for assembly Really important ceremonies. made from wheat flour, egg yolk, coconut milk and sugar. tastes sweet with a subtle scent. 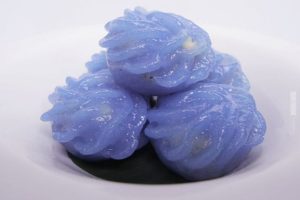 One of the most popular traditional appetizers in Thailand. made into flower-shaped forms that contain salty or sweet fillings, served with lettuce, coriander, and chili. Besides its unusual shape, Chor Muang is known for its beautiful blue color – rare among natural food coloring, yet natural – derived from petals of butterfly pea flowers. The beauty of these dumplings attracts the eye, and the taste captures the heart. 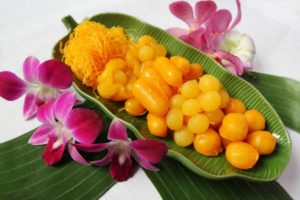 Thai desserts that have existed since the Ayutthaya period. Looks like a golden flower Made from egg yolks, beat until fluffy Then drop into boiling syrup When cooked, put in a cup. Finely pleated to make it look like flower petals Communicate meaning wealth No matter what work you do, you will become rich and have money, gold and cash. Picking money, picking gold as the famous Thongyap

Thai desserts that look like drops of water Made from yellow egg yolks And then drop into boiling syrup, just like the dessert Thong Loi Meaning gold Therefore it is often used in various auspicious ceremonies or as a gift on important occasions instead of a blessing to be rich, having money and gold to spend endlessly The giving of Thong Dhiph candy is like giving the gold to each other.

Thai desserts made from yellow egg yolks With features of long lines laid down on a raft Often used in various auspicious events, especially weddings Which the process must be made in a long line to communicate the meaning of the long reign of love Or blessing for a long life like the lines of gold

Another Thai dessert in the Golden Family dessert. Because it is made from egg yolks that give a golden-brown color Shaped like a jackfruit seed filled with mashed green beans, sweet taste. It is believed that the name of this jackfruit seed will enhance good fortune to have someone to support Whether in the matter of lifestyle Career Or various businesses 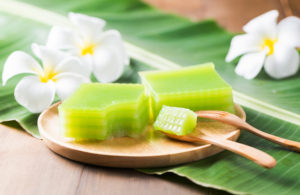 Thai desserts that have to drop the texture of the 9 layers, which the number 9 represents the auspicious numbers the layer of dessert is like a higher rank. Promoted Represents progress Causing people to make 9 layers of candy to enhance their good fortune when given to anyone, it is a blessing for them to be successful

Thai dessert is delicious, looks beautiful, and have their own meaning.  Nowadays we are eating many desserts from other countries but, I wish we have more chance to eat Thai dessert and preserve Thai culture at the same time.

Personally, I have eaten all of these desserts and my most favorite one is Golden candy because it has a delicious flavor and I like the meaning. If any friends who have eaten Thai desserts please kindly share with us. Thank you. 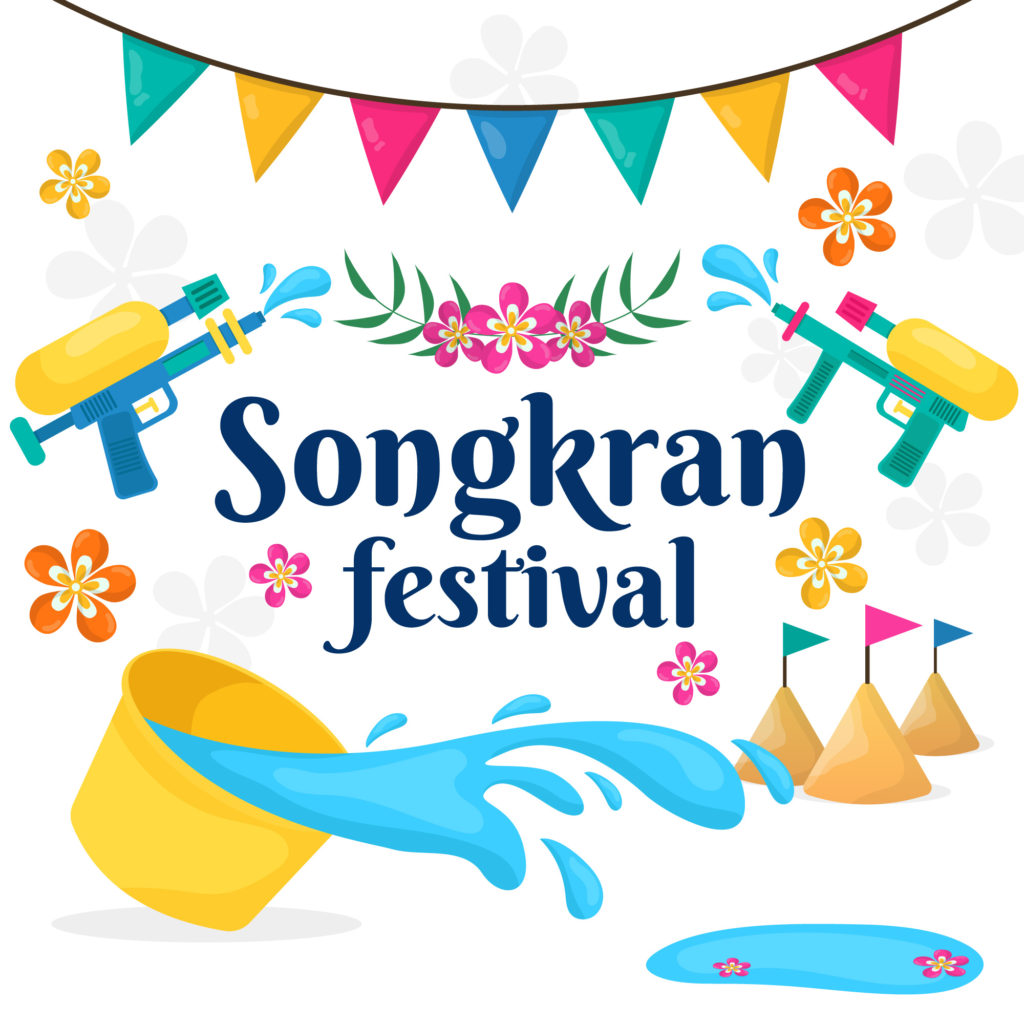 Songkran is one of the famous Thai traditional festival. …