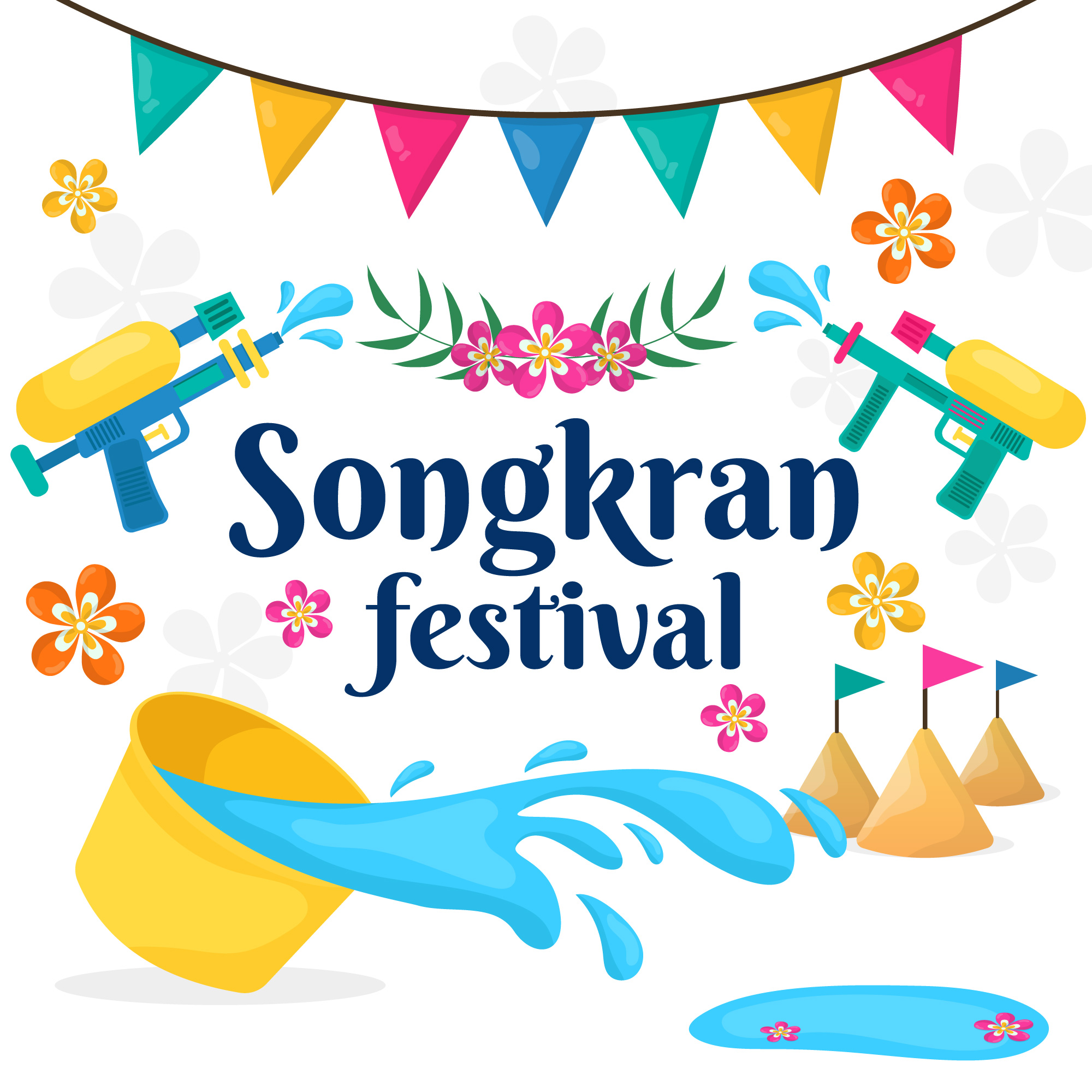 Songkran is one of the famous Thai traditional festival. It is an important event on the Buddhist calendar, this water festival marks the beginning of the traditional Thai New Year. The name Songkran comes from a Sanskrit word meaning ‘passing’ or ‘approaching’. Songkran is on the 13 April every year, but the holiday period extends from 14 to 15 April.

The Songkran Festival is also known as the water festival. It celebrates water as a ritual of washing away negativity from the year before. People celebrating Songkran take part in a traditional pouring of water that symbolizes washing away back luck and sins from a person’s life. Some people add herbs to the ritual water, as well.

Many people visit their families. In addition to traditional water rituals and street parties, there are other key activities that the Thai people participate in during this week. Many will take this time to attend their temple. Some may also participate in an annual spring cleaning of their homes.

As April is the hottest month of the year, the celebration of water is relevant on many levels of the festival. However, Songkran is not always celebrated in the same traditional manner. In big cities, the country takes to the streets. Cities like Bangkok see a host of street parties and water fights.

On the second day of Songkran, many families rise early and take part in traditional Buddhist rituals. They give alms to Buddhist monks. They also take part in a ritual that is known as ‘Bathing the Buddha image.’ During this ritual, devout followers will pour water over the statues of Buddha in their home and at their local temple.

Sprinkle water onto a Buddha image

We normally show reverence to Buddha by praying with lotus blossoms, incense sticks and candles, prostrating and placing gold leaf on Buddha images. However, you can also do it with water on Songkran Day. As the Thai New Year arrives, Thai Buddhists “bathe” Buddha images (song nam phra in Thai) by sprinkling water onto them with Thai-style silver bowls. The water is scented with flowers.

Due to the further spread of COVID-19, Songkran 2020 held in April is postponed Because this is one of the only times that Thai’s working in the cities can return home to their families.  It is feared COVID-19 could move from Bangkok to rural areas and pose danger to elders living in remote areas that may not have sufficient medical care to deal with possible COVID-19 outbreak. Substitution date will be announced.

Songkran festival is the moment of the year everybody waits for and you will know more Thai culture.

Merry Christmas 2022! This year, Christmas falls on Saturday, December 25, 2022, but some companies will celebrate earlier 1-2 days …

Songkran Festival in 2022 is coming up next week. We are very excited every time, because we will have a …