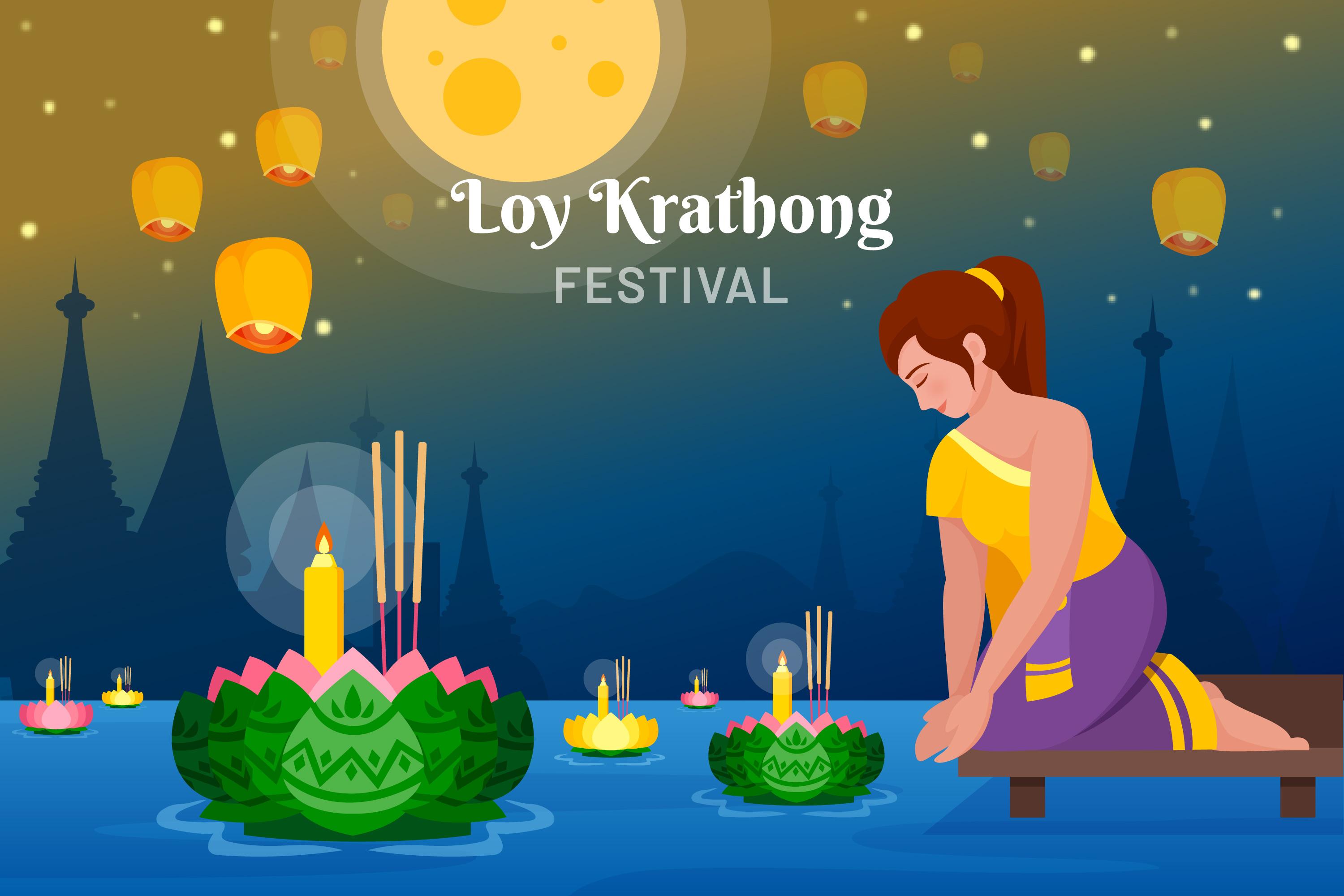 It is my favourite festival!!! This Loy Krathong Festival takes place on the night of the 12th full moon of the Thai lunar calendar which usually falls in November but Loy Krathong festival 2020,thailand it falls on Saturday 31th October 2020.

How did Loy Krathong begin?

Loy Kratong first began in the ancient kingdom of Sukhothai in the 13th century. A young queen named Nang Noppamas was believed to be the one who made a small boat laden with candles and incense and floated it down the river. However, it is now known that the Nopphamas tale comes from a poem written in the early-Bangkok period. According to King Rama IV, writing in 1863, it was a Brahmanical festival that was adapted by Thai Buddhists in Thailand to honour the Buddha, Prince Siddhartha Gautama. The candle venerates the Buddha with light, while the krathong’s floating away symbolises letting go of all one’s hatred, anger, and defilements. People sometimes cut their fingernails or hair and place the clippings on the krathong as a symbol of letting go of past transgressions and negative thoughts. Many Thais use the krathong to thank the Goddess of Water, the Hindu Goddess Ganga, Phra Mae Khongkha.

Made from the banana tree trunk and banana leaves, held together with pins and decorated with flowers after that put a candle, and joss stick.

Last year, I went to temple there was a lot of rush at the temple, a number of people visit here to enjoy this festival, people’s faces are full of happiness. By the way, many people go to make merit at the temple in afternoon first and float a krathong at night.

Merry Christmas 2022! This year, Christmas falls on Saturday, December 25, 2022, but some companies will celebrate earlier 1-2 days …

Songkran Festival in 2022 is coming up next week. We are very excited every time, because we will have a …